Out of Character by Annabeth Albert, published by Sourcebooks Casablanca, an imprint of Sourcebooks (9781728226033). Nerdish Jasper believed himself over the death of his friendship with jock-y Milo, but then Milo suddenly re-enters his orbit. Jasper would cut him off, except Milo is spiraling and missing valuable trading cards, and Jasper needs a body to cosplay at a local hospital. Maybe they can make a deal.

The Mask of Mirrors by M.A. Carrick, published by Orbit, an imprint of Hachette Book Group (9780316539678). In a city filled with dreams and mirrors, Ren sets out on the con of her life, posing as the long-lost cousin of a prestigious noble family. Yet in the lush city of Nadežra, Ren is not the only one who wears a mask, soon finding herself embroiled in intrigues, secrets, and schemes that threaten to not only destroy her, but also the whole city.

We Could Be Heroes by Mike Chen, published by Mira Books, in arrangement with Harlequin Books S.A. (9780778331391). A villain with the ability to read and manipulate memories and a hero with super strength and super speed form an unlikely alliance to discover the secrets behind their shared and forgotten pasts, in an action-packed story filled with humor and heart.

The Apocalypse Seven by Gene Doucette, published by Mariner Books, an imprint of HMH books   (9780358418948) - What happens to a group of people who wake up and discover they are seemingly the only people left in the city? Welcome to the Whateverpocalypse.

Raft of Stars by Andrew J. Graff, published by Ecco, an imprint of HarperCollins (9780063031906). Two friends find themselves escaping to the Northwoods of Wisconsin believing they have committed murder. It will be their friendship and the bond they have forged which will save them.

A Spindle Splintered by Alix E. Harrow, published by Tordotcom, an imprint of Tom Doherty Associates, a division of Macmillan (9781250765352). “Sleeping Beauty” is given new twists, crossed with the idea of multiverses each containing their own Beauties. A dying girl who identifies with the tale's cursed heroine is transported magically into the original fairy tale and sees a chance to save the princess--and perhaps herself as well.

A Thousand Ships by Natalie Haynes, published by HarperCollins (9780063065390). Penelope, Helen, Hecabe, and other female players in the story of the Trojan War are given voice in this incredible work of historical fiction. Their feelings of loss, anger, and helplessness are balanced by the strength and courage they each show in the face of a male-driven conflict.

Seven Perfect Things by Catherine Ryan Hyde, published by Lake Union Publishing (9781542027731). When 13-year-old Abby saves seven puppies from being drowned, she takes on more than she bargained for since she needs to find a place to care for them while also hiding them from her emotionally abusive father.

The Woman with the Blue Star by Pam Jenoff, published by Park Row Books, in arrangement with Harlequin Books S.A.  (9780778389385). Sadie and her pregnant mother are forced into the sewers of Krakow during the evacuation of the Jewish ghetto during WWII. One day Sadie looks up through a grate and meets the eyes of a girl above ground. Despite the risks, the girl begins to help Sadie. Based on a true story.

My Heart is a Chainsaw by Stephen Graham Jones, published by Saga Press, an imprint of Simon & Schuster (9781982137632). Wonderfully sarcastic Jade sees the world through the lens of slasher movies. When events begin to unfold like a slasher movie made real, Jade uses her horror knowledge to save the town and herself.

One Last Stop by Casey McQuiston, published by St. Martin’s Griffin, an imprint of St. Martin’s Publishing Group, a division of Macmillan (9781250244499). The modern-day daily commute on a NYC subway seems like drudgery to August until she meets a gorgeous and charming fellow passenger named Jane. August must overcome her own fears to help Jane who is still living (literally) in the 1970's.

Rabbits by Terry Miles, published by Del Rey, an imprint of Random House, a division of Penguin Random House (9781984819659). K is a fanatic about following the history of the internet game Rabbits. It is so secretive; it is not even a sure thing it is happening at all. K gets a visit from a previous winner that a new iteration of the game is coming, and it could have huge ramifications. The problem is that those that play Rabbits tend to be destroyed by it – if it is even real.

If the Shoe Fits by Julie Murphy, published by Hyperion Avenue, an imprint of Buena Vista Books, a division of Disney Enterprises (9781368050388). A Cinderella retelling set amongst a reality dating competition where the main character, Cindy Woods, joins the competition as a last minute contestant with her two stepsisters in hopes of launching her fashion career and with no intention of winning “Prince Charming”.

The Girls in the Stilt House by Kelly Mustian, published by Sourcebooks Landmark, an imprint of Sourcebooks (9781728245751). Two teen girls and their year of adversity together in a stilt house in a Mississippi swamp. There's murder, a baby, blackmail, racism, and bad decisions.

Remote Control by Nnedi Okorafor, published by Tordotcom, an imprint of Tom Doherty Associates, a division of Macmillan (9781250772800). This sci-fi novella explores the possibilities and sinister dangers of networking technology. A young girl is capable of killing anything, including electronic devices, at a touch, setting her apart from the rest of world, both as an “Angel of Death” and as a person without a digital footprint.

Made in China: A Prisoner, an SOS Letter, and the Hidden Cost of America's Cheap Goods by Amelia Pang, published by Algonquin Books, a division of Workman Publishing (9781616209179). An investigative story about political prisoner Sun Yi's desperate letter, included in an internationally shipped product, attempting to contact the World Human Rights Organization about prison labor in China.

You'll Never Believe What Happened to Lacey: Crazy Stories About Racism by Amber Ruffin, published by Grand Central Publishing, a division of Hachette Book Group (9781538719367). Amber Ruffin, a writer living in NYC, and Lacey Lamar, her sister living in their home state of Nebraska, share both the hilarious and horrifying stories of racism they have faced.

Beautiful Country by Qian Julie Wang, published by Doubleday Books, an imprint of Knopf Doubleday Publishing Group, a division of Penguin Random House (9780385547215). A memoir of young Qian and her educated professional parents who moved to the US from China as undocumented immigrants. Despite all their hard work at menial jobs, they barely scraped by. An insightful look at the struggles of a young girl trying to fit in, to make sense of a new place, and dealing with a sick mother plus a father who struggled with depression and anger.

Project Hail Mary by Andy Weir, published by Ballantine Books, an imprint of Random House, a division of Penguin Random House (9780593135204). Middle-school science teacher Ryland wakes from space sleep to dead crewmates and his fuzzy memory reminding him he is Earth’s last hope to foil an extinction-level event. Weir sacrifices nothing of science, nor fiction in this gripping, unexpected hard-science thriller.

Version Zero by David Yoon, published by G.P. Putnam’s Sons, an imprint of Penguin Random House (9780593190357). Young programmer Max works for Wren, the most potent social media site. He’s seen the ugly behind the scenes. Then he’s fired and kept from working in the industry. Frustrated and desperate, he bands with friends to pull a stunt that catches the eye of the media, and a reclusive tech billionaire. Soaked in current internet issues, but with unexpected twists too. 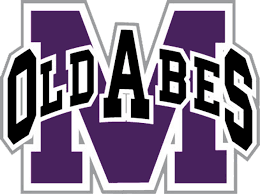